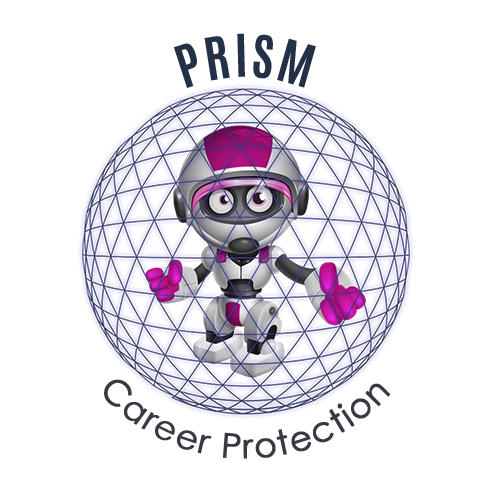 Here you will find reports and books that are too large to be referenced in the detailed content pages, or were only referenced in part, or are not available on-line.

A separate section has been allocated to forecasts of future technological developments, and the future world as projected by the authors. The forecasts may be that of an individual, an organization, or the results of a poll. Most of the projections will come true; the inaccuracies lie, as always, with the forecast date. There are two major reasons for these inaccuracies:

If you know of any material that you think belongs on this page, please feel free to contact us, and we will consider including it.

HERE ARE REPORTS THAT FORECAST THE FUTURE

The futurist Thomas Frey proposes 72 things that didn’t exist in 2016, and that he expects to be common-place in 2026. It’s fascinating to count how many of them are already in existence in 2018! Click here for details.

The One Hundred Year Study on Artificial Intelligence, launched in the fall of 2014, is a long-term investigation of the field of Artificial Intelligence (AI) and its influences on people, their communities, and society. It considers the science, engineering, and deployment of AI-enabled computing systems. Areas covered in this 1st report include Transportation, Home/Service …

In the summer of 2018, the newly-elected provincial government announced it would cancel the Ontario Basic Income Pilot (OBIP) begun in 2017 (contrary to their campaign promise). 4,500 recipients are enrolled in the pilot from three Ontario locales – Hamilton-Brantford, Thunder Bay, and Lindsay.  OBIP ends in March 2019. A Recipient Survey prepared by BICN went out to recipients during Dec/2018-Jan/2019, which received 424 responses.

Observations from the Survey responses included:

1. Agency Overall, results show that given genuine choices, recipients made the most of them. Their decisions were based on unique personal circumstances that did not always fit into bureaucratic boxes,. Some recipients paid down debt; some got teeth fixed; others went back to school, enrolled their children in recreational programs, or put some money aside for a future need. Almost everyone ate better.

2. Anxiety relief The baseline survey shows over 80% of participants reported moderate to severe psychological stress when they enrolled. Many had unmet physical and mental health needs. A subsequent reduction in anxiety and stress not only came quickly for many, it translated into other benefits, such as better confidence in pursuing plans, better employment performance, and a reduction or elimination of the need for medication.

3. Social connection Responses and commentary from several questions indicate how basic income combats isolation (that often goes along with anxiety and depression) and increases social engagement. These positive outcomes include increased time and financial ability to be with family and friends, the boost in confidence that the purchase of appropriate clothing brings, and the connections that come with children’s sports programs or adult exercise programs. In the baseline survey, almost 11% of participants
volunteered in the community; among the recipients in our survey over 25% volunteered.

4. Immediacy of change. Pilots that focus primarily on employment responses to a basic income risk missing the steps that it takes to get to sustained, longer-term outcomes in employment and other aspects of life. It is striking in our responses that there were many significant improvements in peoples’ lives immediately. Some recipients had only been enrolled in the pilot for a few months.

5. Education The baseline survey shows that a majority of participants had limited education and that 62.4% with jobs felt those jobs did not offer prospects for advancement. Among our recipients, 32.5% decided to invest in furthering their education or upgrading skills; again a signal that given real options, people will make the most of them in order to get ahead.

6. Employment On this issue, optional, open-ended comments provided by people to several questions were more revealing than the fixed answers to questions. Finding and keeping employment is a multi-faceted challenge. High transportation needs going into the pilot are closely connected with recipients telling us they used their additional income to buy bus tickets to get to their job or a job interview, or to fix their car or put gas in the tank in order to get to work. Reduced anxiety translated into better job performance, job promotion and entrepreneurial activity. Dental work, improved health, and new appropriate clothing added to the confidence to pursue employment or invest in education to improve longer-term job prospects.

The essentially green Information Age began, with its Artificial Intelligence, to mimic how human beings think, and as such, it began producing robots that could perform many of the types of work that human beings usually did. These started out as simple manual labor jobs —inventory storage, online orders, welding, assembly line work, and such —but has increasingly been moving into more and more complex jobs, including most financial investing, payroll accounting, news copy, middle management tasks, and soon—truck-driving and all driving jobs, as well as medical diagnoses and nursing chores, even surgeries. One think tank estimated that 50 percent of present-day jobs would be taken by robots by the year 2050 (and one even estimated 47 percent of jobs by as soon as 2020). That’s a destruction of fully half of today’s jobs—and there’s no AI analyst alive that doesn’t think that’s just the beginning.

In the meantime, over the past three to four decades, the median income has remained the same, whereas the average income has significantly increased—which means, those individuals at the top of the pay scale (the so-called “1 percent”) are making a fortune, while most of the rest of the population stagnates or actually loses ground. This is another abject failure of the leading-edge to do what any leading-edge is supposed to do, which is to effectively lead, not stagnate, a culture.

(It looks like, as AI continues its inexorable advance, that within perhaps one hundred years, virtually all human work will be robotized. This is actually a terrific, near utopian result. After all, work has been taken as an inevitable curse on humans ever since day one. It has always been viewed as the necessary evil that all humans were egregiously condemned to suffer —and hence, in many cases, we find things like slavery, or the attempt to outsource the evil task. And now it looks like technology will finally end that evil once and for all. But the period of actually getting to that point, where virtually one-hundred percent of the population is free of work, will be a time of enormous pain for billions of people, as countless people lose their jobs with nothing to support them. This is why Silicon Valley—who is, whether it admits it or not, working as fast as it can to put as many people out of work as soon as possible—takes it as a matter of uncontested faith that something like a guaranteed basic income for everybody will soon be put in place, which is almost certainly a necessary program. We’ll return to this.) … NOTE: Wilber is writing a book about UBI.

ARE YOU INTERESTED IN THE IMPACT OF TECHNOLOGY ON JOBS AND CAREERS?

THANKS TO FELLOW CURATORS