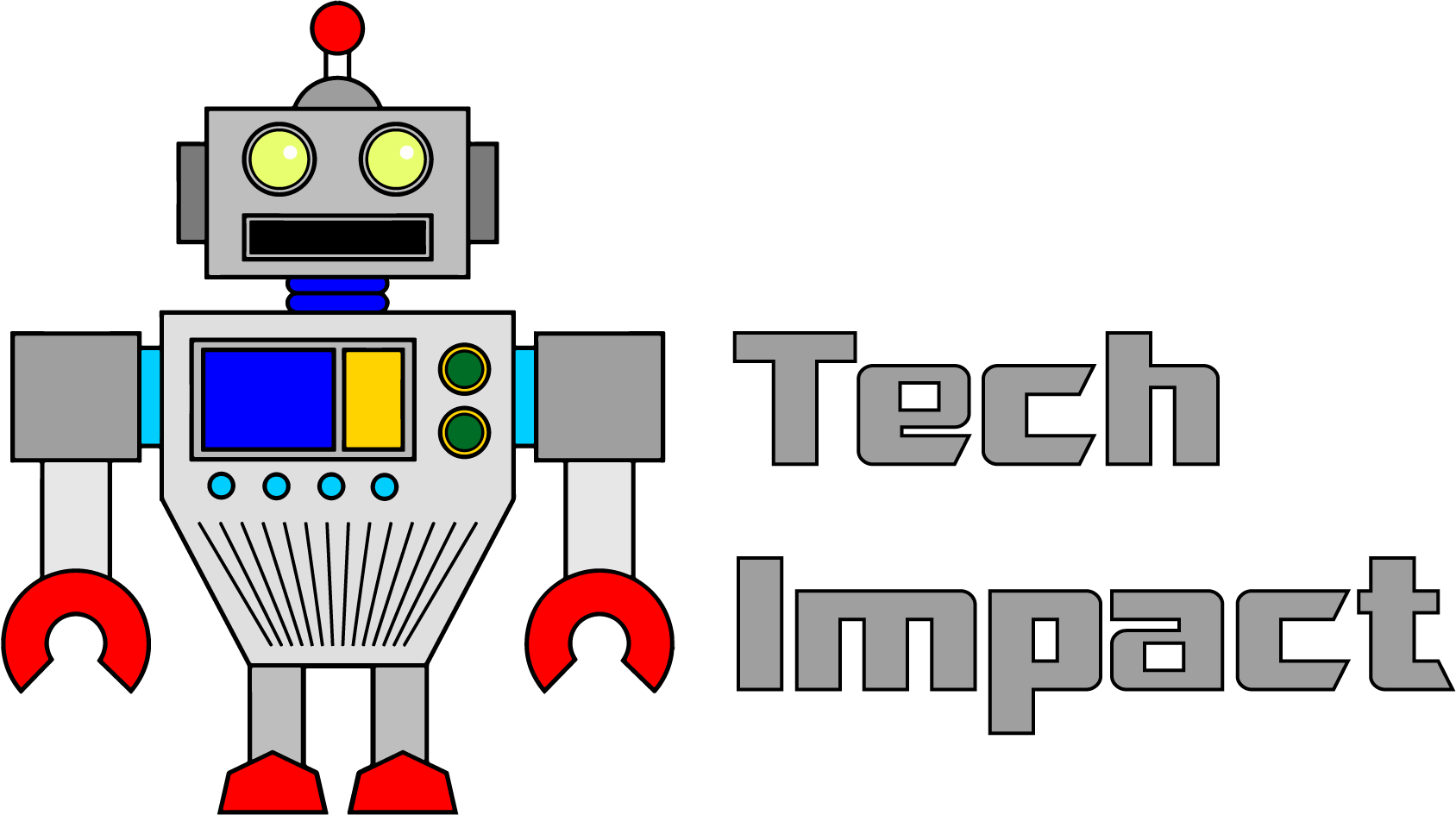 CAREER PLANNING FOR THE 21st CENTURY 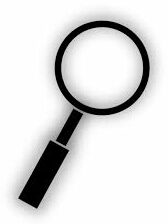 The third step of the PRISM System involves developing plans to achieve the personal, work, and, for some, spiritual goals that were defined in our Life Vision (Step 1).

Each plan will be broken down into major steps along the path from where we are to where we want to be. The next major steps will be selected as Step 4 in the PRISM System. As major steps are completed via Steps 5 and 6, we will be re-cycling back to Step 4.

Of course, for most of us, our vision and hence our plans will change many times during our life. Whenever major changes occur, we need to re-think how this impacts our life vision and goals, and what the next major steps should be.

WHY IS PLANNING DEPENDENT ON GOALS? LET ALICE TELL US WHY.

You may be wondering why developing plans is so important. I always remember a story from Lewis Carroll’s Alice in Wonderland:

Alice was wandering through the forest and came to a small clearing. Hearing a noise, she looked up and saw the Cheshire Cat, high up in a tree, grinning at her. “Hello, Cat!” Alice said. “Am I on the right path?” “That depends, Alice!”, said the Cat. “Where do you want to go?” “I don’t know.” She replied. At which point, the Cat disappeared, leaving only his grin and the words “Then any path will take you there!”

DOES PLANNING MAKE SENSE IN A WORLD OF PERPETUAL CHANGE?

You may well argue that the world is changing so fast that there’s no point in planning for such an uncertain future. And you would be right – if you think of planning as developing something that doesn’t change. But planning shouldn’t be a one-time, fixed process. It needs to change as we change, and as our environment changes.

All we really want to get out of a plan is some guidance about what to do next.  A plan provides a structure to get us to our vision. So our next step can always be in the direction of our vision. I learned this when I was involved in developing corporate financial plans in the 1970s. The management guru, Peter Drucker, said: “Planning is not about future decisions, but the futurity of present decisions.”

So, coming back to the definition of the planning process in the first paragraph, there are three parts of planning, each of which warrants a separate discussion: Our Vision; Where we are now; and Plans to get from where we are now to our vision. Make notes while going through each part. They will be useful for comparison during our next planning cycle (and if we’re going to talk with a mentor or career counsellor).

QUOTES ABOUT PLANNING THAT MAY MAKE YOU THINK

Here are some quotes about planning that might be helpful. (Most of these quotes are extracted from Dr. Mardy Grothe’s website.)

* The vision must be followed by the venture. It is not enough to stare up the steps—we must step up the stairs. (Vance Havner)

* Make no little plans; they have no magic to stir [our] blood, and probably themselves will not be realized. (Daniel Burnham)

* Be stubborn on vision and flexible on journey. (Noramay Cadena)

* You can never plan the future by the past. (Edmund Burke)

* A goal without a plan is just a wish (Author unknown)

* Strategic planning does not deal with future decisions. It deals with the futurity of present decisions. (Peter F. Drucker)

Note that the references that you will find throughout the description of the PRISM System are not intended to be exhaustive – just enough to get you started on the subject matter. (Both articles and videos are included to acknowledge that people learn in different ways,) If you encounter a particularly noteworthy reference, please do send us a comment with the details.

1. 7 Reasons why you need a written life plan

2. Why planning our lives is important

WHAT CORE VALUES AND CULTURAL ELEMENTS ARE IMPORTANT TO US?

Your core values involve behaviors that are important to you (such as honesty or integrity or respecting the environment) – behaviors by you and by people you have contact with. (You can check out my core values ‘FIGHTERS’ in the ‘About Us’ page.)

Your values are uniquely yours, and, even if you use the same words as me, you may mean something different. (Remember to ask questions about what a prospective employer means when a value is identified in a job interview.)

The process of discovering your personal values involves not just discovering what you’re passionate about, but also finding out what’s really important to you.  Typically, you would identify 5-7 core values. (In my case, I have 8 in the acronym FIGHTERS.) Now think about what your core values are, and what attributes of an organization are important to you (and what don’t you want); write them down; sleep on it, and then re-visit them.

Entrepreneur Magazine defines organizational culture as “a blend of the values, beliefs, taboos, symbols, rituals and myths all companies develop over time.” In other words, it’s “the way we do things around here.” A broader way of looking at culture generally is to define it as how we interact with each other and with our environment (which includes governments and employers and the systems involved in our life – in addition to the physical environment).

In addition to the culture of an organization, there are attributes that might be important to you: number of workers, level of formality in dress and senior employee interaction, speed of decision-making and of growth, types of products or services, opportunity for quick advancement, sales level, age, etc. (Sometimes it’s easier to specify an attribute that you don’t want.)

Let’s look at why culture is important from a job perspective.

Company recruiting has not been a very successful process. The average duration of a new hire is somewhere about 30 months. Consider the cost to an organization of dealing with a person leaving a position (which may include severance and legal costs, and always includes the productivity loss for that person and for fellow workers) and then the time and cost of a new hire; and consider the time, cost and lost salary for that new hire to get a new job. 30 months is not very long for either one.

The primary reason for poor recruiting is the failure of both the recruiter and the new hire to consider the cultural fit – nothing to do with the job requirements. I worked as an outplacement counsellor in the 1980s, helping people who had been fired to understand why, and to focus on getting a new job. One of my biggest challenges was getting my clients to understand that people were rarely fired for incompetence, but usually because they just didn’t fit in. Jock was a classic example,

Jock was a successful project manager of large construction projects. On his first day at a new company, he was given a pile of project files to review. At lunchtime, his boss poked his head around Jock’s office door: “I’m going out to lunch with some of the other project managers. Do you want to join us?” Two hours later, after a very liquid lunch, Jock slumped down in his chair, and knew he would not be productive for the rest of the day. So, he decided he would never go out to lunch with the boys again. A year later, when the company had to let go one of their project managers, even though Jock had become their most successful, it was he who was fired.

It was of course much easier for his boss to fire Jock, than any of his lunchtime drinking buddies. In other words, Jock did not fit into the drinking culture of the company, which he hadn’t learned about (or recognized) in his pre-job-offer interviews. He should have started to look for a new job at the end of his first day!

WHERE ARE WE NOW?

So now let’s get down to actually developing our plan. Of course, this really involves developing several inter-related plans – for our personal and work lives, and, for some of us, our spiritual life. Our Life Vision has established where we want to be in terms of specific goals. Now we want to document where we are, relative to each goal. For, after all, each plan just defines the path that we need to take, going from where we are to where we want to be.

The major components of our current personal lives are health, financial and relationships. (Hobbies and other interests may or may not be significant.) Both health and financial are also relatively easy to document.

Relationships need a lot more thought, grouping close family and partners, close friends, and more casual relationships – essentially moving outwards in terms of personal closeness (or not in some significant cases). Think about who and how many are in each group, your degree of closeness, how often you are in touch, and whether that satisfies you. Remember that the quality of your close friends defines the quality of your life (and usually your income level).

I hope these comments help you. It’s difficult to keep to the general in order not to suggest something that just does not fit with someone’s individual situation. (Incidentally if you have an area of your life that I haven’t covered, document it – and please send me a comment so that I can add it to this discussion.)

Our Life Vision (Step 1) was broken down into a number of goals, and we have now defined the starting point for each goal. That leaves us with developing the plans to get there.

This all sounds like a lot of work, but it needn’t be. We only need to define the major steps for each goal to get from here to there. Most details can be fleshed out later. Some, like the costs to take a course or degree, need to be researched, but only to establish a ballpark number at this stage. (See Step 5.) We can do this as a top-down exercise, or a bottom-up exercise, whatever works. (But if you do both, make sure the paths meet in the middle! 😊)

Obviously, a plan is not a simple linear process; some steps are required to be completed before others; some steps are independent and can be done in parallel. But there’s no need to be concerned about that complexity. All you need to develop is a list of major steps for each goal. And some major steps will be common to more than one goal (such as qualifying as a professional, which impacts all areas of your work and personal life).

QUOTES ABOUT PREPARING PLANS THAT MAY MAKE YOU THINK

Here are some quotes about preparing plans that might be helpful. (Most of these quotes are extracted from Dr. Mardy Grothe’s website.)

* In preparing for battle, I have always found that plans are useless, but planning is indispensable. (Dwight D. Eisenhower)

* Planning is bringing the future into the present so that you can do something about it now. (Alan Lakein)

* The infirmity of human nature renders all plans precarious in the execution in proportion as they are extensive in design. (Jeremy Bentham)

* Planning takes time but, in the end, saves time and gets better results. (Bonnie McCullough)

Note that the references that you will find throughout the description of the PRISM System are not intended to be exhaustive – just enough to get you started on the subject matter. (Both articles and videos are included to acknowledge that people learn in different ways,) If you encounter a particularly noteworthy reference, please do send us a comment with the details.

1. A complete guide to completing a life plan